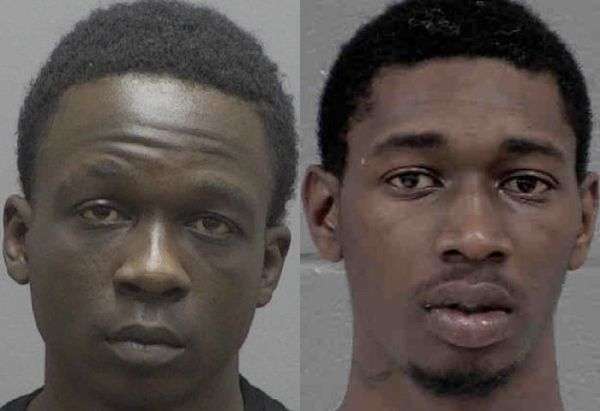 Deputies on routine patrol checked a suspicious vehicle today at approximately 4:00 a.m. at the Quik Trip Convenience Store on NC Highway 73 in Denver. The vehicle was parked at a gas pump with a piece of cloth pulled over the license plate. The driver was exiting the vehicle wearing a black mask that covers the face and head, plastic gloves, a hoodie and sweatpants.

While a deputy was checking the driver’s identification, another officer reportedly noticed the smell of marijuana coming from the passenger side. A search of the vehicle reportedly resulted in the discovery of two firearms behind the driver’s seat on the floor board.

At that time, the passenger ran from the scene on foot. The driver then jumped back in the vehicle and fled the scene. Officers chased the vehicle but the suspect lost control of the car and crashed into a tree near Zaxby’s Restaurant. The driver was placed in custody by the pursuing officer. The passenger eluded officers on foot.

One of the firearms came back as stolen out of Charlotte. Deputies also found credit cards and identification belonging to a Catawba County man. Catawba County deputies went to the man’s home and discovered two vehicles had been broken into and two pistols and a laptop had been stolen.

Boronse was taken before a Lincoln County magistrate and ordered held in the Harven A. Crouse Detention Center under a $55,000 secured bond. A District Court date is next Monday (May 10). Misenhaimer was still being sought by authorities.