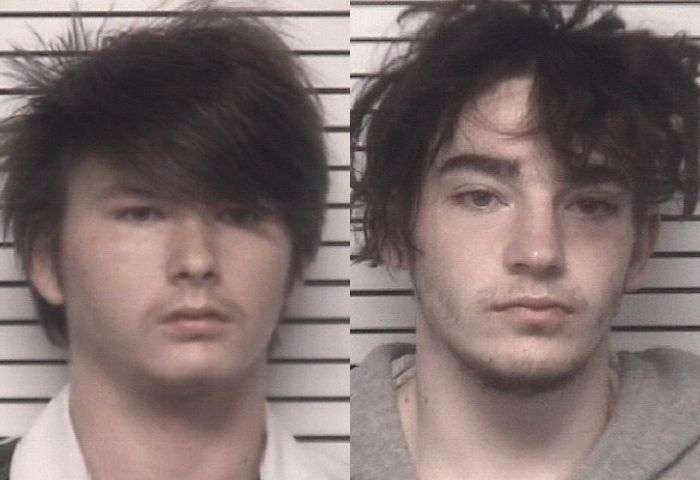 18-year-old Jacob Joe Hayes of Coolbrook Road in Union Grove has been arrested by Iredell County Sheriff’s Officers on felony counts of larceny of a motor vehicle, breaking & entering a motor vehicle, and larceny of vehicle parts or accessories, along with misdemeanor counts of larceny, possession of stolen property, and resisting a public officer. Also wanted in connection to the same case is 19-year-old William Tyler Suber of the Old Wilkesboro Road in Statesville.

Events leading to the arrest began on Friday (August 13) when Deputies responded to a report involving the larceny of a motor vehicle and breaking & entering into a motor vehicle in the area of Coolbrook Road off of Linney’s Mill Road in northern Iredell County. The incident occurred in the early morning hours. A Deputy met with and interviewed the victim.

Investigators found all-terrain vehicle tire tracks near the crime scene, which the victim identified as tracks from the stolen vehicle. Deputies determined that the vehicle was pushed off the property and onto the road. Deputies then found additional matching vehicle tracks at Hayes’ address on Coolbrook Road. The stolen A.T.V. was located and returned to the owner.

Deputies interviewed subjects at the Coolbrook Road address and identified Hayes and Suber as suspects in the case. Arrest warrants were issued. Hayes was taken into custody Friday at his residence.

He was placed in the Iredell County Detention Center under a $25,000 secured bond. A District Court date was set for September 7.

Anyone with information regarding the whereabouts of William Tyler Suber should call the Sheriff’s Office at 704-878-3100.

36-year-old Brandy Renee Strickland of First Avenue Place N.W. in Hickory has been arrested by…