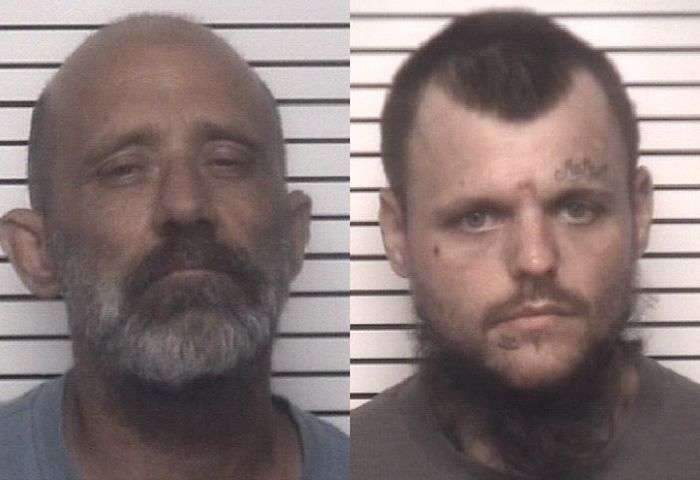 53-year-old Timothy John Becker of Briarfield Drive in Mooresville and 34-year-old Dustin Blaine Owensby of Ridge Creek Drive in Troutman have both been charged in connection to a break-in on Elmwood Road in Statesville. Becker has been arrested. Owensby is at-large. They were both charged with felony breaking & entering, larceny after breaking & entering, and misdemeanor larceny. Owensby faces additional charges for conspiracy to commit felony breaking & entering and misdemeanor first-degree trespassing. He also has outstanding warrants for probation violations.

The break-in occurred on March 22. Deputies responded to an address on Elmwood Road and spoke to the victim, who said several new power tools were stolen from a storage building during the night. The victim said he then found the power tools in a hay barn at the end of a driveway near Elmwood Road. Deputies believed the suspects might return to the barn to collect the stolen property.

Detectives were notified. The victim removed the power tools from their original boxes and replaced the tools with heavy pieces of wood to trick the suspects. Later in the evening, communications took a call from the victim, who said the suspects had returned. Deputies responded and found Timothy John Becker in the suspect vehicle. His passenger, later identified as Dustin Owensby, fled on foot as Deputies arrived.

Becker was placed in the Iredell County Detention Center under a $2,500 secured bond. He’ll appear in District Court on April 13.

Warrants were issued for Owensby’s arrest. Anyone with information regarding the whereabouts of Dustin Blaine Owensby should call the Sheriff’s Office at 704-878-3100 or Iredell County Crime Stoppers at 704-662-1340.