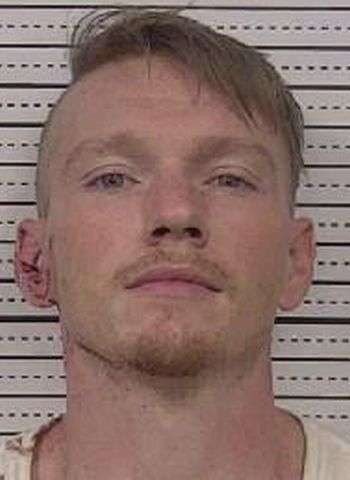 29-year-old Christopher Owen Payne has been arrested by Caldwell County Sheriff’s Deputies on one count each of assault on a law enforcement officer with a firearm and felony child abuse, plus three counts of possession of a firearm by a felon. He was also served with an outstanding order for arrest for failure to appear on an unrelated case of assault on a female, communicating threats, and second-degree trespassing.

Payne was arrested following an incident at about one o’clock this morning (July 15) when Deputies responded to a domestic disturbance at an address on Grace View Place in Granite Falls. A neighbor said a minor child had come to their house indicating that the child’s mother was being assaulted by the father.

Deputies arrived and entered the residence after no one would come to the door. When Deputies entered, the offender allegedly opened fire on the Deputies. The Deputies returned fire. During the exchange, one Deputy suffered a gunshot wound to the leg and was evacuated from the scene. The injured Deputy was treated and later released from Frye Regional Medical Center in Hickory.

Officers established a perimeter and contained the shooter in the residence. Deputies located the victim of the domestic dispute, who fled the home before Police arrived. The victim identified Christopher Owen Payne as the offender and said that an 18-month-old child remained in the residence with Payne. Deputies made contact with Payne, who surrendered without incident shortly after 7:30 a.m. Payne and the 18-month-old child were not injured.

Payne was jailed in the Caldwell County Detention Center under a $10-million secured bond. A first appearance in District Court was scheduled today in Lenoir.