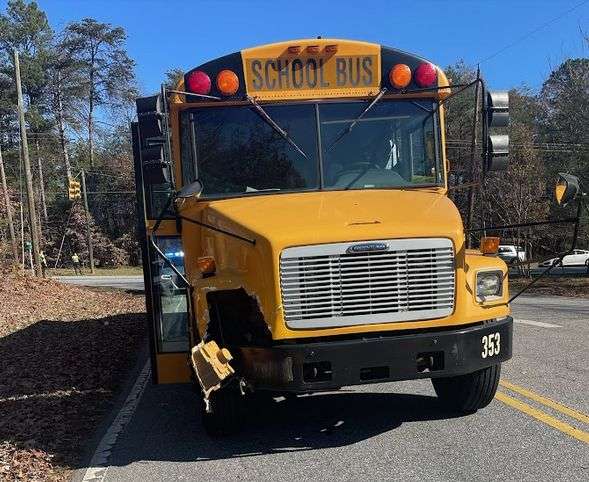 At about noon today (November 17), Mountain View Elementary school bus #353 was involved in a traffic accident at the intersection of Starnes Road and N.C. Highway 127.

Initial reports indicate that the driver of the bus attempted a left turn into the path of an oncoming vehicle traveling south on Highway 127. 61 third-grade students, four teachers, and the driver were on the bus at the time of the accident, but no serious injuries were reported. At last report, medics were evaluating several students as a precaution. As of this afternoon, no information was available regarding the driver of the other vehicle.

The driver of the bus was cited for the accident. Parents of students were notified via text, email, and phone, along with a notification from the ParentSquare app. In a press release issued today, Catawba County schools expressed its appreciation for swift action of emergency responders.