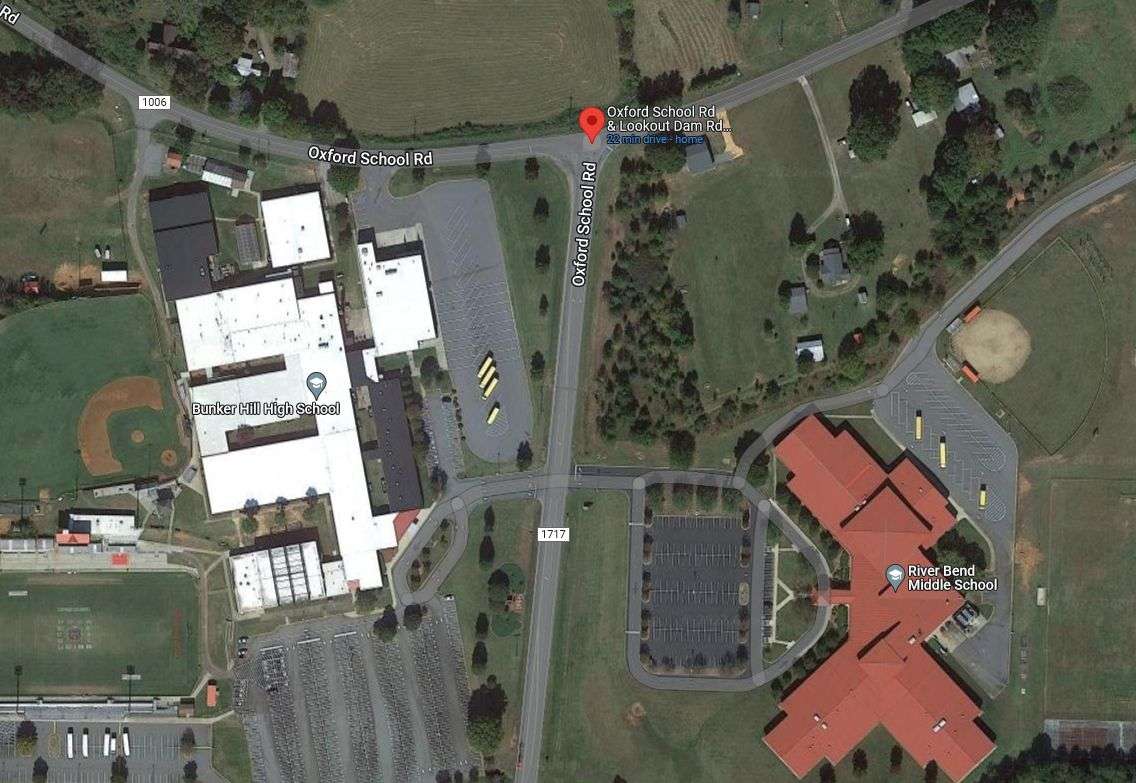 At about 7:30 this morning (October 7), Bunker Hill High School bus #202 was involved in a rear-end collision at the intersection of Oxford School Road and Lookout Dam Road. Another vehicle hit the bus while it was stopped at a stop sign.

Two students were on the bus at the time of the accident. No student or staff injuries were reported. The driver of the car involved was not injured; however, that vehicle sustained extensive damage.

Parents of students were notified by the school administration.

The school district expressed its appreciation for the swift action of emergency responders.