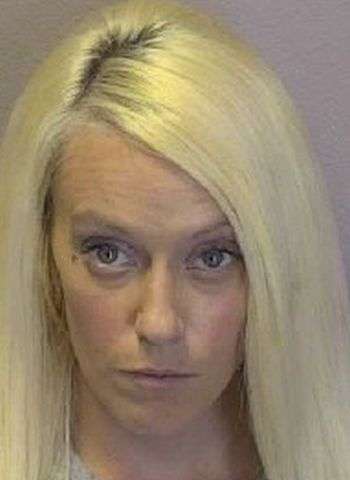 27-year-old Darien Brooke Greer of Rinkwood Drive in Newton was arrested by Hickory Police last Friday afternoon (December 17) on a number of outstanding warrants for failure to appear. Greer reportedly failed to appear in court on charges of possession of a controlled substance on prison or jail premises, misdemeanor larceny, possession of drug paraphernalia, resisting a public officer, driving while license revoked, and increased speed while being overtaken. She also twice failed to appear in court on charges of driving while impaired, reckless driving to endanger, operating a vehicle with no insurance, and giving, lending, or borrowing a license plate.

Greer was taken into custody without incident just after 1 p.m. Friday at a convenience store and gas station on Lenoir-Rhyne Boulevard S.E. in Hickory. She was placed in the Catawba County Detention Facility under a $34,000 secured bond. She remained in jail as of this afternoon (December 21). An appearance in Superior Court on the drug charge was set for February 7 in Newton. District Court dates are coming up on January 13, 18, & 31.