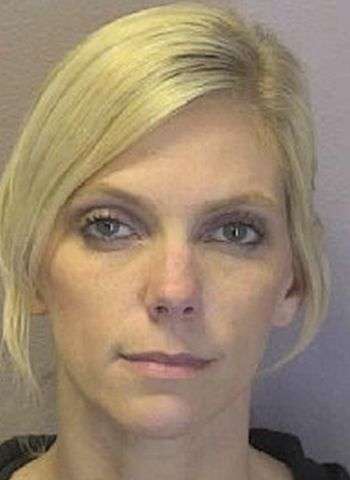 34-year-old Krystal Elaine Miller of the Hickory-Lincolnton Highway in Newton was arrested by Hickory Police at about 5:20 p.m. yesterday (October 14) on a long list of charges stemming from several different incidents. Miller was charged with felony counts of identity theft, possession of stolen goods (four counts), larceny of chose in action, uttering a forged instrument (three counts), obtaining property by false pretenses (two counts), forgery of endorsement, and forgery of bank notes (two counts). She was also charged with misdemeanor obtaining money by falsely representing a physical defect.

Events leading to her arrest began on July 23 of this year when Hickory Police received information regarding a female victim whose identity was used at local banks in an attempt to get loans. On July 27, Officers learned that the suspect attempted to deposit the victim’s stolen check.

On September 23, the theft of checks from a victim’s mailbox was reported. On October 2, the State Employees Credit Union on Highway 127 South notified Hickory Police of a subject who was attempting to pass a fraudulent check.

Miller was taken into custody without incident yesterday at a hotel on 13th Avenue Drive S.E. in Hickory. She was jailed in the Catawba Co. Detention Facility with bond set at $17,100, secured. Miller was scheduled to make a first appearance in District Court today (October 15) in Newton.