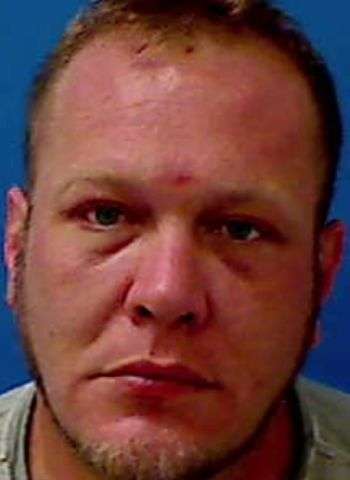 A Catawba County jury convicted 35-year-old Jonathan Ray Lail of Newton of multiple sexual offenses on Tuesday (November 1), concluding a seven-day trial in Catawba County Superior Court.
Lail was given an active prison sentence of 66 to 95 years after he was found guilty of statutory rape of a child by an adult, statutory rape of a child younger than 15, two counts of indecent liberties with a child, incest with a child under the age of 13 and incest with a child 13 years of age by the 12-member jury panel.

The Honorable Karen Eady-Williams, Superior Court Judge from Mecklenburg County, handed down the sentence for Lail following his conviction by the jury after approximately 90 minutes of deliberation.

“This case has created heavy hearts to many in this courtroom,” Judge Eady-Williams said as she addressed the defendant. “You had an opportunity, and you blew it in a major way … You put her in harm’s way. You were the threat.”

The trial started Monday, October 24 and included two days of jury selection along with evidence presentation by the State and defense. The victim and defendant both took the stand to provide testimony during the trial. Following closing arguments by both sides on Tuesday, November 1, the case went to the jury for deliberation before coming to its end with the guilty verdicts.

“Our victim in this case was incredibly strong and brave,” Prosecutor Jessica Phillips said. “I’m happy that I can be a voice for our victims and seek justice for them.”

The incidents of molestation occurred during a period from late 2016 into 2020. The victim disclosed to investigators with the Catawba County Sheriff’s Office that the sexual abuse started when she was 9 years old and living in Texas. It continued when she moved to Conover and Newton until she was 13 years old.

A medical examination and forensic interview by the Children’s Advocacy and Protection Center of Catawba County (CAPC) corroborated the allegations against the defendant made by the victim when she was 13 years old.

The case was investigated by Darren Yang of the Catawba County Sheriff’s Office with assistance from the Children’s Advocacy and Protection Center of Catawba County. Assistant District Attorney Jessica Phillips handled prosecution for the State.