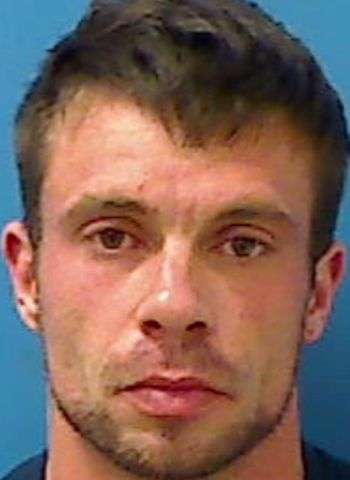 Dalton was given an active prison term of 26 to 32 years by the Honorable William T. Pomeroy, Superior Court Judge from Lincoln County, after he pleaded guilty in connection with the May 27, 2019, shooting death of 47-year-old Emden Lee Syres, Jr. of Newton. In addition to murder, Dalton also pleaded guilty to larceny of a motor vehicle.

Deputies with the Catawba County Sheriff’s Office conducted a welfare check at a Sigmon Dairy Road residence on May 29, 2019, after Syres had not shown up at work for two days. When they entered the residence through an open back door, deputies were able to locate Syres lying dead on the floor with a gunshot wound to the head.

They were unable to find the victim’s wallet or credit cards and also determined that his vehicle was missing. A day later, the vehicle was located, and the defendant was found and detained at the same location, making several incriminating comments to officers.

During an interview with investigators on May 31, 2019, Dalton told officers that he and the victim had a verbal altercation on May 27 that escalated. Upset at the way he had been treated, Dalton took a loaded gun, and when Syres came toward him, he apparently shot him.

Dalton left the residence, taking the victim’s vehicle and wallet. He used Syres’ credit cards for various purchases and to get cash, and he sold the guns that were at the residence. The autopsy report from Wake Forest Baptist Medical Center showed that Syres died from a lethal gunshot wound to the head, and that he had two additional gunshot wounds to the right shoulder/neck area and the right hand.

The case was investigated by Taylor Stout of the Catawba County Sheriff’s Office. Assistant District Attorney Lance Sigmon prosecuted the matter for the State.

Taylorsville Man Jailed on Multiple Counts of Failure to Appear