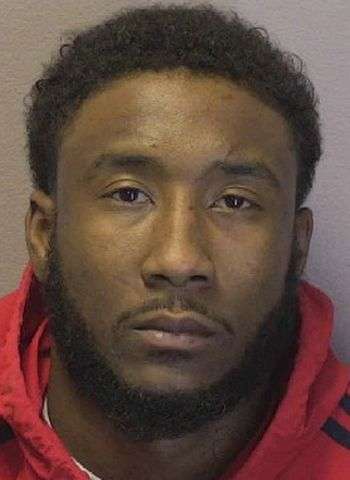 25-year-old Antonio Terrel McClain of South Caldwell Avenue in Newton was arrested by Hickory Police shortly after 11 o’clock last Thursday night (February 4) on one felony count each of second-degree kidnapping, possession of a firearm by a felon, and speeding to elude arrest with a motor vehicle. He also faces one misdemeanor count each of assault on a female and discharging a firearm in the city limits.

McClain was arrested after Hickory Police responded to a “shots fired” call near an apartment on 3rd Avenue N.W. in Hickory. Officers attempted to stop a 2005 Chrysler Pacifica on the 1,700 block of Highway 70 S.W., but the vehicle fled. The Chrysler crashed at the intersection of 3rd Avenue S.W. and 18th Street S.W. An investigation revealed that the suspect, Antonio Terrel McClain, forced a female to leave with him from the original address.

The suspect was taken into custody without further incident. McClain was placed in the Catawba Co. Detention Facility where was initially held without bond. He has since been released. An appearance in District Court was scheduled yesterday (February 8) in Newton. No additional court dates are currently listed on last Thursday’s charges; however, McClain does have upcoming court appearances scheduled on multiple felony drug charges involving schedule I, schedule IV, and schedule VI controlled substances.

Lincoln Co. Sheriff’s Detectives are asking for the public’s help in locating a missing teenager.…