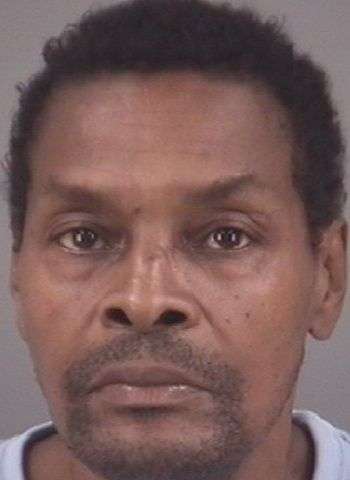 Saturday, shortly before 11:00 a.m., the Newton Police Department received a 911 call
in reference to a female who was shot at an address on South Caldwell Avenue in Newton. Upon arriving at the scene, officers found the victim, 51-year-old Iris Ranae Robinson suffering from multiple gunshot wounds.

Jessie Allen Crawford was identified as the shooter, he had fled the scene prior to the arrival of the police officers. Crawford and the victim did know each other and did have a personal relationship.

Newton Police Officers, the Newton Fire Department and Catawba County EMS provided medical assistance to Ms. Robinson. She passed away at the scene. Warrants were immediately obtained for Crawford, charging him with the murder count.

At approximately 2:30 p.m., Crawford was arrested at the Newton Police Department
without incident. Mr. Crawford was processed and then transported to the Catawba County Detention Facility where he remained in-custody without bond. A first appearance in District Court was scheduled today (June 7).

This is an ongoing investigation, if you have any information on the case you are asked to contact the Newton Police Department at 828-465-7430.

24 news cases of COVID-19 were confirmed Friday (May 7) in Catawba County, increasing the…