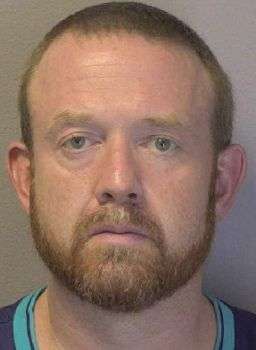 39-year-old Joseph Edward Roberts of Wesley Chapel Church Road in Newton was arrested by Hickory Police at 9:25 last night (August 23) on one felony count of breaking & entering to terrorize or injure. He was also charged with domestic criminal trespass, assault on a female, shoplifting, and second-degree trespassing.

Roberts was arrested in connection to an incident on July 30 of this year when Hickory Police responded to a report of a break-in and an assault & battery at a residence on 17th Street S.E. in Hickory. Warrants for Roberts’ arrest were issued on July 31 and served last night.

Roberts was taken into custody without incident at a grocery store on Highway 70 S.W. He was placed in the Catawba Co. Detention Facility where he is being held without bond. A first appearance in District Court was scheduled today in Newton with an additional court date set for September 14.

Man Arrested In Connection To Robberies This Morning

Walking Track At Freedom Park To Be Resurfaced