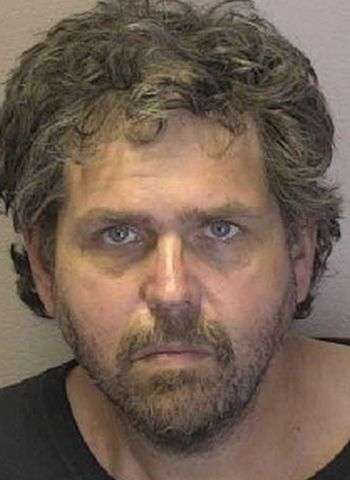 42-year-old Roger Dale Denton, Jr. of Shook Avenue in Newton was arrested by Hickory Police shortly after noon last Wednesday (May 19) on one felony count of possession of a schedule II controlled substance, along with misdemeanor counts of possession of drug paraphernalia, possession of marijuana paraphernalia, driving while license revoked, operating a vehicle with no insurance, and fictitious or altered registration card or tag. He was also charged with a felony probation violation.

Denton was arrested following a traffic stop on 14th Avenue Circle N.E. Officers reportedly found 2.2 grams of a counterfeit controlled substance and drug paraphernalia. Denton was taken into custody without incident at the scene. Denton is on probation as he serves a 30-month suspended sentence following a February 2020 conviction in Catawba County for felony assault by strangulation and violating a domestic violence protective order.

Denton was placed in the Catawba County Detention Facility under a $5,000 secured bond. A District Court appearance on the drug charge was set for June 10. No additional court dates are currently listed.