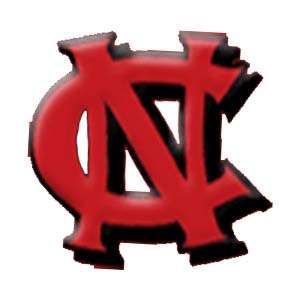 The Red Devils from Newton-Conover are sitting on a comfortable 13-stroke lead heading into the final 18-holes of the state tournament Tuesday. The 13 shots is the largest lead of any team this year heading into the second and final round of the State Championship competition. Foxfire’s Red Course saw the Red Devils post a combined 46-over on day one, led by Celeste Little who carded an 8-over 80 to put her in third after the opening round of the individual competition.

Newton-Conover also saw solid rounds from Sondra Uon and Hailey Hicks who reported rounds of 15-over and 23-over respectively. Pine Lake Prep is still in the hunt for the team title as Caroline Johnson led the Pride with a 4-over 76. Johnson is in second place four shots back of the overnight leader Malerie Lague from Christ the King who carded an even-par 72 on the day.