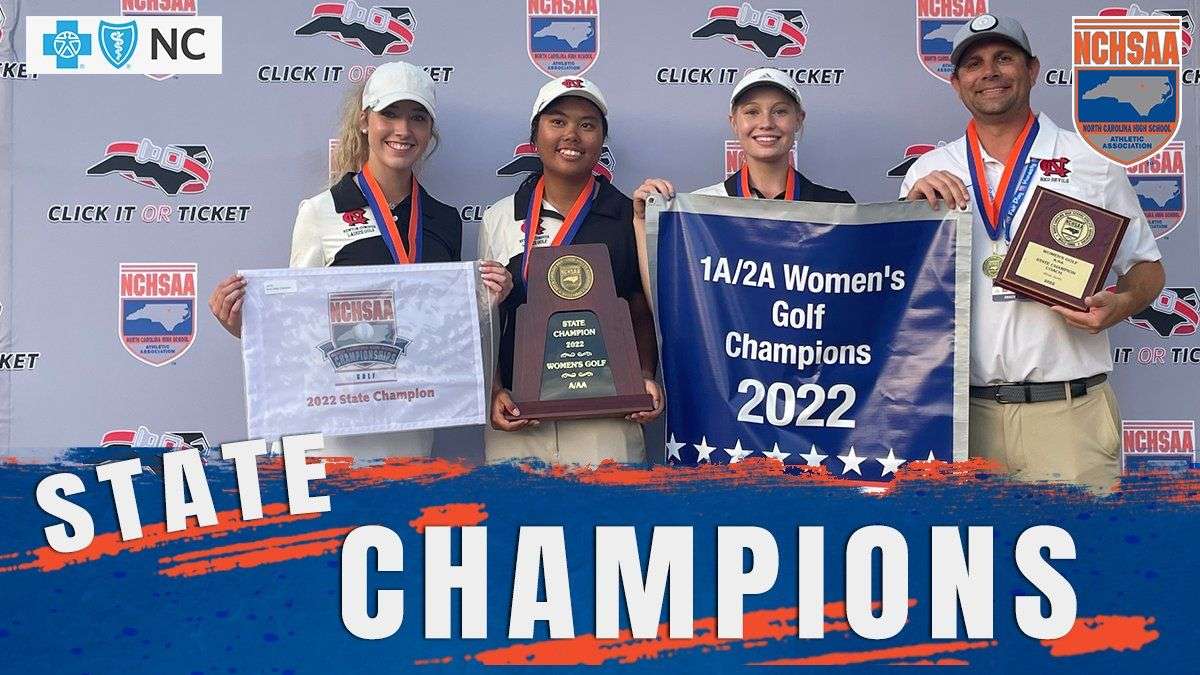 After shooting a 46-over par as a team in round one, a 13 stroke lead, the Newton-Conover Red Devils went eight strokes better with a team 38-over par Tuesday in the second and final round of the North Carolina High School Athletic Association 1A/2A Women’s Golf Championship. The Red Devils won by a whopping 22 strokes, giving them their second straight state championship in women’s golf.

Sondra Uon led the Red Devils in the final round with a 10-over par. Celeste Little, who led Newton-Conover after day one, finished with a 14-over par in round two along with Hailey Hicks. For the tournament, Little finished fifth on the individual leaderboard with a 22-over par. Uon was in seventh place with a 25-over. Hicks finished tied for 13th overall.

In addition, the NCHSAA is committed to recognizing outstanding sportsmanship in each of our State Championship events. The Association has partnered with North Carolina Farm Bureau to award a pair of Sportsmanship Awards at each championship event, recognizing players who have demonstrated the ideals of outstanding character and sportsmanship throughout the 2022 season. The winners of the 1A/2A Women’s Golf NC Farm Bureau Sportsmanship Awards are Sondra Uon from Newton-Conover and Anna Lally from Pine Lake Prep.