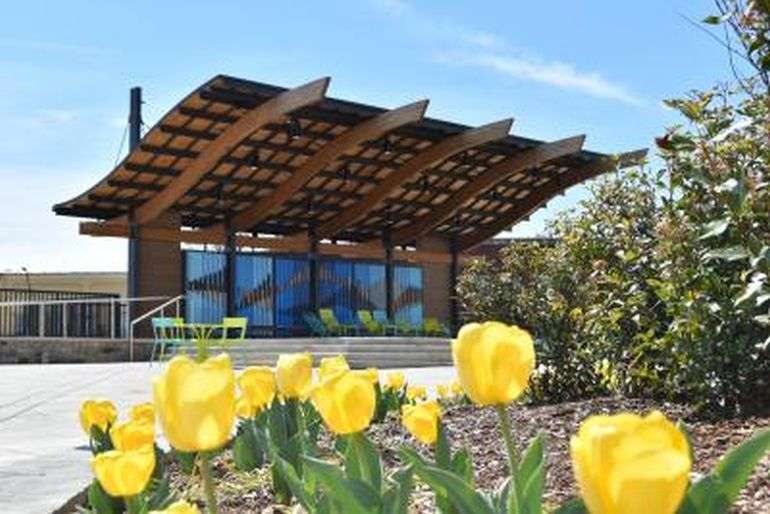 Morganton’s new Courthouse Square will hold its grand opening on May 6 with the first T.G.I.F. concert of the season. Construction has been complete for several months, but the May 6 event will give the city the chance to hold its first official event on the new amphitheater stage and offer tours of the new grounds. Public tours will be available beginning at 2 p.m. and every 30 minutes through 4 p.m. No reservations are required.

The concert features Earth to Mars, a Bruno Mars tribute band. Food and Beverage vendors will open at 6 p.m. with music set to start at 7 p.m.

The Courthouse Square’s grand opening comes after more than a year of construction. The old jail that housed the Burke Arts Council was demolished. Utilities were moved underground and the grounds were graded. The rock wall around the square was renovated incorporating rocks from the original wall. The new amphitheater stage provides a permanent venue for all types of live entertainment. Several art installations and landscaping work complete the project.