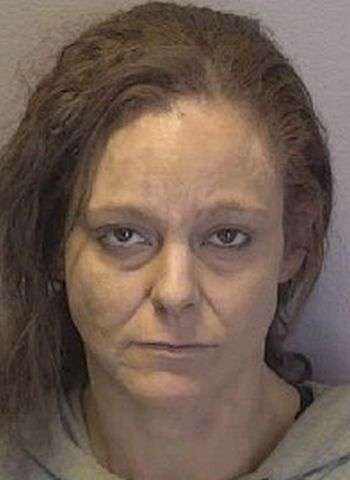 37-year-old Carrie Elaine Townsend of Cecil Lane in Newland was arrested by Hickory Police at about 10:30 Friday morning (November 27) for failure to appear on a felony, failure to appear on a misdemeanor, and a misdemeanor probation violation. Townsend was taken into custody without incident after Police spotted her at a hotel on Lenoir-Rhyne Boulevard S.E. The warrants for her arrest are from Watauga County where she allegedly failed to appear in court on charges of larceny of a motor vehicle and misdemeanor larceny and from Avery County for the probation violation.

Townsend was jailed Saturday in the Catawba Co. Detention Facility under a $35,000 secured bond. As of this morning (November 30), she was no longer listed as an inmate in Catawba County. An appearance in District Court was set for December 9 in Newland, with a Superior Court date coming up on December 15 in Boone.