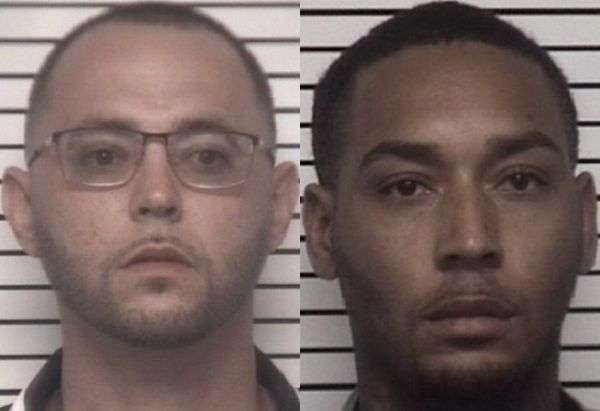 On Wednesday, deputies with the Iredell County Sheriff’s Office Interstate Criminal Enforcement (ICE) Team conducted a traffic stop. They stopped a Massachusetts registered 2021 Volkswagen Passat for a traffic violation at Mile Marker 54 on the southbound portion of Interstate 77.

Upon stopping the vehicle, the deputies, spoke with Christopher Bennett Mclenahan, and Nicholas Ronald Brice. While speaking with the two men, the deputies noticed inconsistencies in the information being provided. K-9 officer Abby gave a positive indication to the odor of narcotics on the vehicle.

A search of the vehicle was then conducted. 36 pounds of hydroponic marijuana was found along with approximately 9.3 pounds of THC Edibles. Both Mclenahan and Brice were arrested at the scene without incident. They were each brought to the Iredell County Detention Center under $200,000 secured bond. Neither suspect is currently listed as an inmate. Mclenahan has a District Court date June 17. Brice was scheduled to appear in District Court Thursday (June 3).

Hickory Woman Charged In Alexander County With Having Drugs At Jail