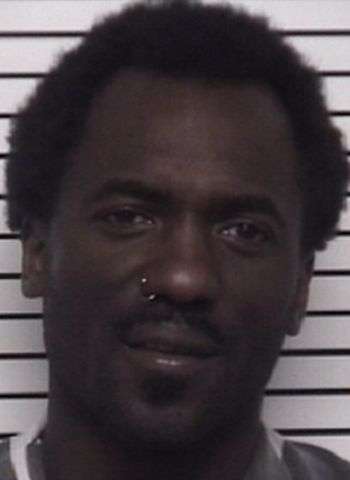 33-year-old Carolton Vernell McCrimmon of Port Washington, New York, was arrested Sunday (July 24) by Iredell County Sheriff’s Officers. He’s charged in Iredell County with felony flee to elude arrest, careless and reckless driving, carrying a concealed weapon, resist, delay, and obstruct a public officer, maintain a vehicle or dwelling for controlled substance, possession of marijuana less than one-half ounce, and possession of drug paraphernalia. Winston-Salem Police have charged McCrimmon with assault with a deadly weapon with intent to kill, discharge of a firearm inside of an enclosure to incite fear, and discharge of a firearm in the city limits.

On Sunday at approximately 6:45 p.m., an Iredell County Deputy saw a white Toyota Corolla driving carelessly and recklessly, at a high rate of speed, on Turnersburg Highway near East Edison Road. The officer attempted to conduct a traffic stop by activating his blue lights and siren. The suspect, later identified as Carolton Vernell McCrimmon, reportedly accelerated, crossed the double yellow line, and began driving the wrong way into oncoming traffic.

McCrimmon crashed into another vehicle, left the accident scene, and continued driving south. As the suspect neared the intersection of Turnersburg Highway and Glenway Drive, he crashed into the rear of another vehicle, causing it to spin around, go over the median, and come to rest on the opposite side of the road. Deputies were able to take McCrimmon into custody as he attempted to flee on foot. There were no reported injuries in these accidents.

During the investigation, deputies found a handgun, and numerous items in the vehicle with stickers and markings that led them to believe they were stolen from the Winston-Salem area. Deputies contacted other agencies to see if any agency had recently interacted with McCrimmon or the vehicle he was driving. A short time later, Winston-Salem Police informed Iredell County authorities that the same suspect and vehicle were involved in a shooting at Hanes Mall.

McCrimmon was charged with offenses in Iredell County and was served warrants in connection to the shooting in Winston-Salem. He was placed in the Iredell County Detention Center under $1,050,000 bond. McCrimmon remained in jail as of earlier today (July 26). A District Court date was scheduled today. Further charges are pending.