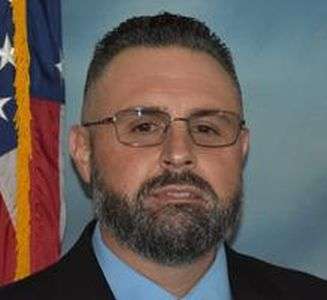 In his new position, Nichols is responsible for all operations at the Caldwell Correctional Center, which houses medium and minimum custody male offenders and is a designed reentry facility. A veteran employee to state government, Nichols began his career with the Department of Public Safety in 2007 as a correctional officer at Alexander Correctional.

He was promoted to sergeant in 2007, then to lieutenant in 2014, and then to captain at the facility in 2018. He was named the warden at Gaston Correctional in September of 2021. Nichols was a member of the Prison Emergency Response Team and Rifle Team for many years, and he is trained in riot and hostage situations.

Built in 1938, the prison, located on Pleasant Hill Road in Lenoir, has a maximum capacity of approximately 240 offenders. Caldwell Community College works with the prison to provide vocational and academic classes. Offenders may take part in meetings of Alcoholics Anonymous, Narcotics Anonymous and the drug and alcohol rehabilitation treatment aftercare program.

Some of the other programs provided at the facility include incentive wage positions, high-school equivalency classes, substance abuse programs, and a wide variety of self-improvement classes, including Reasoning and Rehabilitation, F.A.T.H.E.R. Accountability, and Think Smart.

Caldwell Correctional was one of 61 field unit prisons renovated or built during the late 1930s to house offenders who worked building roads. The prison housed medium custody adult males in 1966 for one year and housed minimum custody male youth from 1977 to 1981. In the original prison, offenders were housed in a building that had two dormitories. A modular dormitory was added in 1978. Those housing units are still in use today.