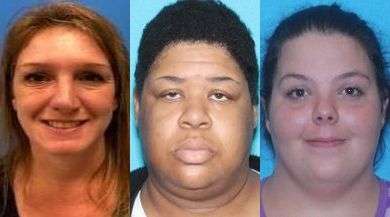 New names have been placed on the Iredell County most wanted list.

44-year-old Tiffin Maurica Hill is wanted by authorities in Iredell County. She’s charged with the sale of methamphetamine and possession with intent to manufacture, sell, and deliver meth. The last known address for Hill was 488 Barry Oak Road in Statesville.

34-year-old Jessica Courtney Bryant is another new suspect added to the Iredell County most wanted list. She’s charged with trafficking opium or heroin. The last known address for Bryant is 1017 Randolph Street in Statesville.