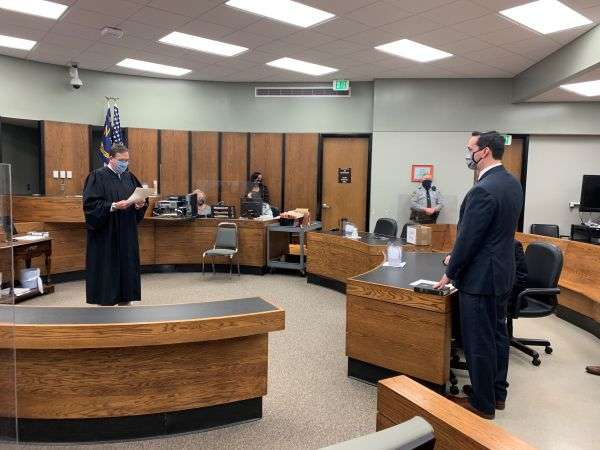 Ryan Hamady was sworn in as the newest Assistant District Attorney for the 36th Prosecutorial District last Monday, January 4. The swearing in took place at the Burke County Courthouse by the Honorable Robert C. Ervin. Hamady, originally from Charleston, West Virginia, completed his undergraduate studies at West Virginia University, majoring in Business Management with a minor in Communications, and he completed law school at St. Louis University.

After serving as a public defender and a civil attorney for insurance defense, Hamady spent four years as an assistant prosecutor in Cabell County, West Virginia. He and his wife Heidi have a four-year-old daughter, Claire. Hamady will be a Superior Court prosecutor in Burke County.