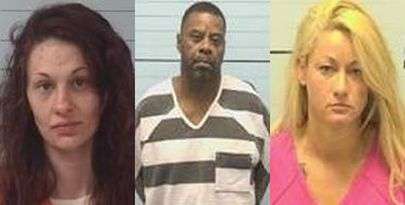 Three new names have been added to the Burke County most wanted list. The new suspects were placed on the list on Monday (May 10).

28-year-old Crystal Nicole Connell is among the new names on Burke County’s most wanted list. She’s charged with felony possession of heroin. The last known address for Connell was 108 Rhyne Street in Morganton.

49-year-old Roderick Eugene Caldwell is another suspect added to the most wanted list in Burke County. He’s wanted for failure to appear on a count of felony possession of methamphetamine. Caldwell’s last known address was 2300 Goodman Lake Road in Morganton.

More information has been released in the arrest of 32-year-old Clyde Junius Rogers. Rogers, who…