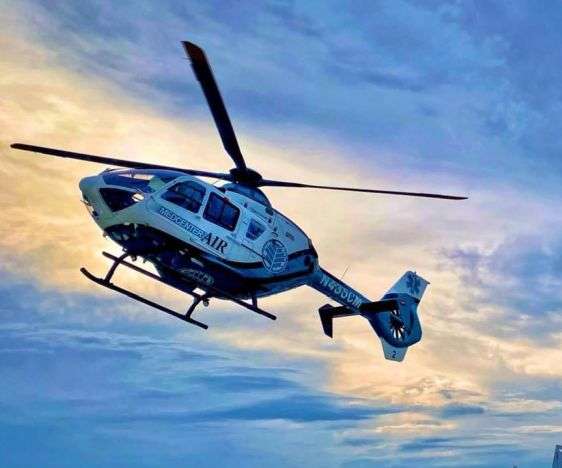 The medical center’s new helipad meets or exceeds all local and state requirements, including an adequate touchdown and lift-off area, approach/departure paths, perimeter lighting and a fuel-water separator system, which is required for helipads on elevated structures.

According to Dr. Philip Greene, MD, chief executive officer of Frye Regional Medical Center, the rooftop helipad has been inspected and is now fully operational. Hospital staff are preparing for a ceremonial “First Flight to Frye,” which is tentatively scheduled for the week of January 23. A MedCenter Air helicopter is set to land and take off a number of times during a 24-hour period on the selected day as part of practical, hands-on training for Frye Regional’s safety, security and emergency department staff.

The new helipad enables patients with the most serious medical conditions to be airlifted directly to and from Frye Regional’s Emergency Department, saving transport time and providing access to lifesaving care and resources. As an extension of the hospital, the air medical team is experienced and equipped with IV pumps, ventilators and other supplies, described as being similar to an ICU in the air.