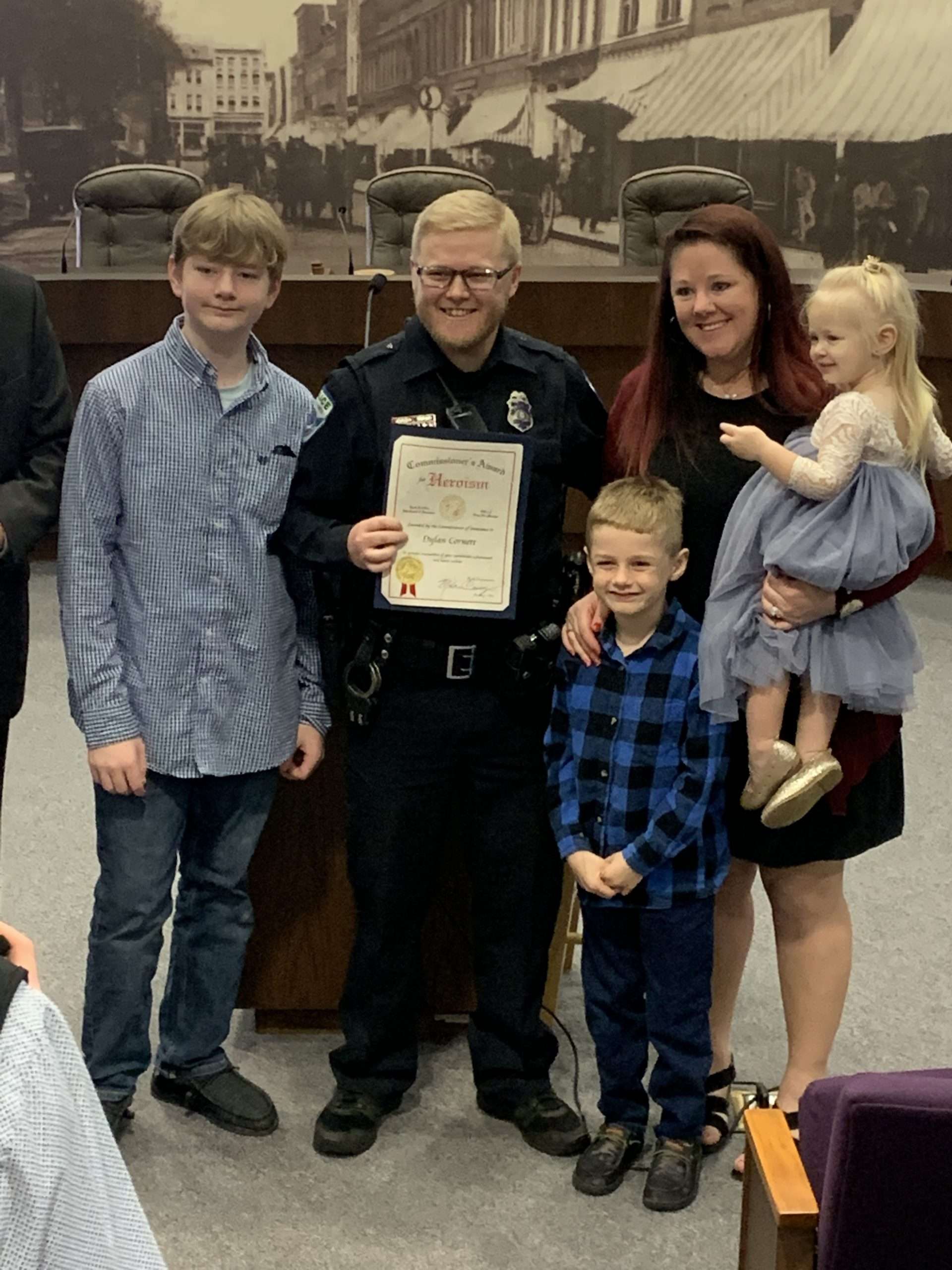 On May 1, 2022, at about 2 a.m., the Hickory Fire Department was dispatched to a structure fire at 1602 2nd Avenue S.W. Upon arrival, Firefighters with Engine 3 found a working structure fire in progress at a mobile home.

Officer Cornett drove by the trailer and saw what he thought was a fire in the yard. He circled back around the block and found approximately a quarter of the mobile home on fire. He then began to knock on doors and beat on the trailer to see if anyone was home. After receiving no answer, he proceeded into the trailer at the opposite end from the fire. He came across Allie, a 12-year-old female sleeping on the couch. He got her away from the home and took her to his patrol car.