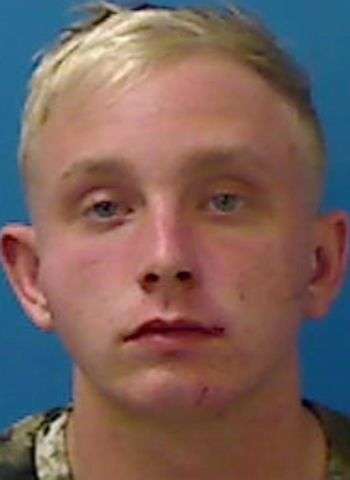 20-year-old Austin Wayne Edmondson of Raintree Lane in Maiden was arrested Saturday (August 28) by Hickory Police Officers. He was initially charged with felony counts of assault with a deadly weapon with intent to kill inflicting serious injury and hit and run, as previously reported on WHKY. The charges were filed in connection to a hit and run in the parking lot of Party City on Catawba Valley Boulevard SE. Officers arrived shortly after 1:00 Saturday morning and found a man with with serious injuries in the parking lot. The victim, identified as Jason Michael Foley was airlifted to Wake Forest Baptist Medical Center.

Initial witness statements stated that an altercation had occurred in the parking lot between multiple people. After the initial altercation the suspect, identified as Austin Wayne Edmonson, allegedly got into his vehicle and drove around the parking lot multiple times. Edmondson then reportedly drove toward a group of people striking Foley and three other individuals.

Officers were able to find Edmondson and his vehicle a short time later behind a nearby business. At that time Edmondson was arrested and transported to the Catawba County Detention Facility where he was jailed under a $35,000 secured bond.

On Monday (August 30), Jason Foley died as a result of his injuries. Edmondson has been charged with the additional counts of first-degree murder, assault with a deadly weapon with intent to kill inflicting serious injury and two counts of assault with a deadly weapon. Edmondson is now being held without bond. District Court dates were scheduled today (September 1) and September 20.

Anyone with more information about this incident is asked to contact the Hickory Police Department (828) 328-5551.