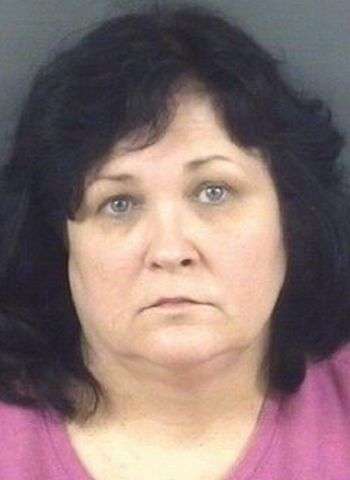 A Burke County woman who was arrested early last year in connection to the death of her newborn son more than 20 years ago entered a guilty plea in that case. That plea was entered Tuesday (August 10) in Cumberland County Superior Court in Fayetteville and the defendant received a minimum 12 year prison sentence.

55-year old Deborah Riddle O’Conner of Morganton entered a guilty plea to second-degree murder in connection to the death of her infant son, a victim named “Baby Michael.” She was sentenced to 12 years to 15 years, two months in prison, with credit for time served since her arrest.

As WHKY previously reported, on March 3, 1999, a plastic trash bag was tossed from a moving vehicle onto the side of Canady Pond Road in southern Cumberland County. Hours later, a soldier driving on the road spotted the bag. Inside the bag was a baby boy, not even 24 hours old, his umbilical cord still attached.

The Sheriff’s Office didn’t want the baby to be buried without a name, so he was dubbed “Baby Michael”, after the Patron Saint of Law Enforcement Officers. O’Conner was charged with the crime in February, 2020 after forensic evidence identified her as the suspect. Baby Michael’s DNA was sent to Bode Technology, who specializes in forensic genealogy services, for comparison. The results gave a family line, and detectives worked on narrowing the suspect field.

[Some information for this story and photo of O’Conner courtesy of Rick Gilbert, WACB]
Related Posts