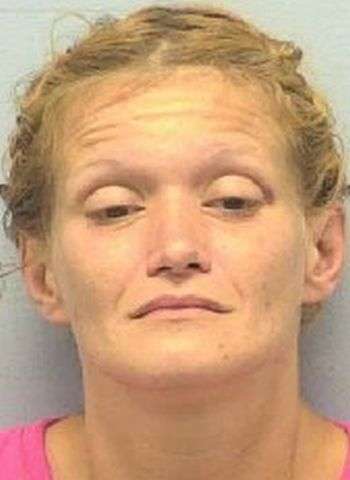 Morganton Public Safety Officers responded to a location on South Sterling Street in Morganton shortly after 2:30 a.m. Sunday. They responded to a report of a motor vehicle theft. Upon arrival, the reporting officer met with the suspect, Baker, who was stopped while driving a 2004 Chevy Silverado which had been stolen from a site off Interstate-40 near exit 104.

Another female suspect was arrested in this case and was charged with a misdemeanor for allegedly assaulting Baker, who reported a wrist injury. Baker was taken into custody and she was placed in the Burke County Jail under $20,000 secured bond. She is not listed as an inmate in Burke County today (July 18). A District Court date was scheduled today.