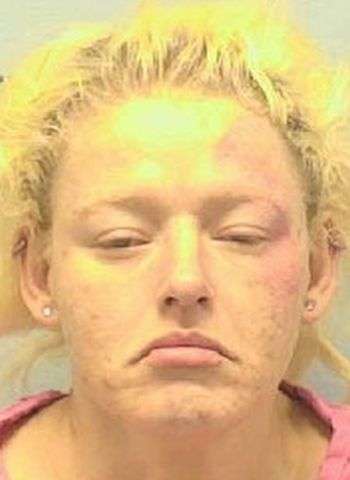 Shortly before 9 p.m. Tuesday a Public Safety Officer conducted a traffic stop on a silver 1998 Isuzu Trooper that was reportedly displaying a fictitious tag. The vehicle was stopped on Burkemont Avenue in Morganton. After making contact with the occupants of the vehicle and conducting an investigation, the officer placed a passenger, Cynthia Rice, under arrest on the meth possession charge.

During the arrest, the officer seized 15 grams of methamphetamine and one dosage unit of zolpidem tartrate, which is a sleeping medication. Rice was brought to the Burke County Jail where she was detained under $15,000 secured bond. She remained in jail as of earlier today (December 7). A District Court appearance is scheduled Thursday (December 8) in Morganton.