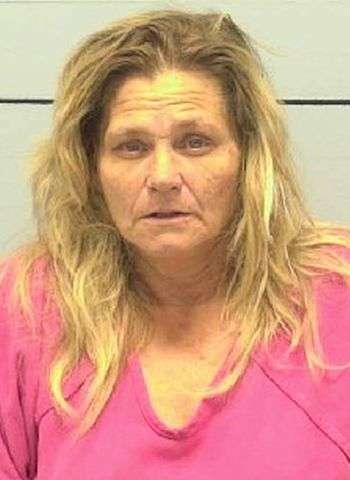 According to information released Wednesday (November 17), last Friday, Morganton Department of Public Safety Officers and Investigators along with Burke County Narcotics Officers and members of the U.S. Marshals Carolinas Regional Fugitive Task Force served a search warrant at an address on Carbon City Road. The warrant was obtained following a lengthy drug investigation. After securing the residence, Investigators found 11 grams of meth, a small amount of fentanyl, drug paraphernalia, and an undisclosed amount of cash.

Sherri Yvonne King, who lives at the residence, was arrested at the scene. In addition to the Burke County charges, state and federal counts may be filed in this case. Following her arrest, King was placed in the Burke County Jail under a $25,000 secured bond. She is no longer listed as an inmate. A District Court appearance is scheduled for December 6. Public Safety was also assisted by Burke County County EMS.

A man was killed in a crash in Catawba County. Wednesday (October 27) at approximately…