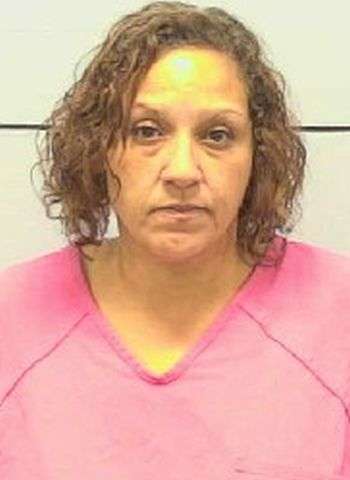 42-year-old Yasmin Velasquez-Hernandez of Highridge Drive in Morganton was arrested Wednesday (January 11) by Morganton Public Safety Officers. She’s charged with two felony counts of possession of schedule II controlled substance along with a misdemeanor count of possession of drug paraphernalia.

Shortly after 2 a.m. Wednesday an officer responded to an address on Highridge Drive in Morganton in reference to a report of a suspicious person. The officer made contact with the suspect, Velasquez-Hernandez. Dispatch ran a records check and discovered that there was a warrant for the suspect’s arrest.

According to the incident report, .09 grams of methamphetamine and .09 grams of fentanyl were seized. Velasquez-Hernandez was incarcerated in the Burke County Jail under $5,150 secured bond. She remained in jail as of earlier today (January 12). A District Court date was scheduled today.