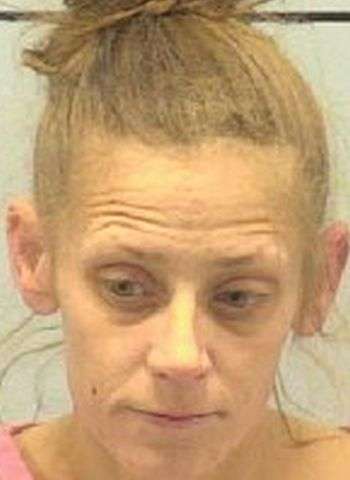 Shuping was arrested after an officer responded to Dollar General on Burkemont Avenue Saturday evening shortly after 8:00. Officers were called to the scene in reference to a larceny. The incident report says various items were shoplifted from the store. One gram of methamphetamine was seized during the arrest, resulting in the drug charge.

Shuping was placed in the Burke County Jail under $10,000 secured bond. She remained in jail as of earlier today (January 23). A District Court date was scheduled today in Morganton.