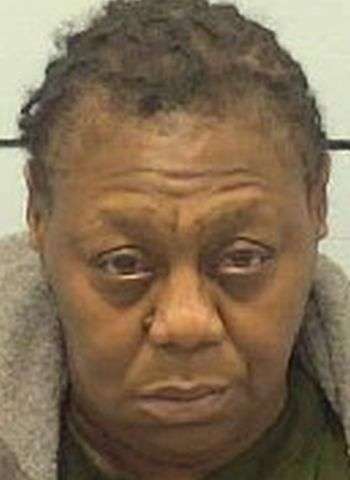 55-year-old Tracy Yvette Robinson of Bryant Road in Morganton was arrested by Burke County Sheriff’s Officers. She’s charged with felony possession of cocaine along with misdemeanor counts of simple possession of schedule II controlled substance and possession of drug paraphernalia.

According to information released Monday (February 1), last Monday, January 25, North Carolina Probation and Parole Officers went to an address on Bryant Road in Morganton to conduct an investigation. Upon arrival, officers made contact with Tracy Yvette Robinson who was currently on probation for a drug offense. Probation officers requested assistance from Burke County Sheriff’s Office Narcotics Detectives and a K-9 officer.

During the investigation, multiple controlled substances including cocaine, as well as drug paraphernalia, were reportedly found and seized from Robinson’s residence. Robinson was arrested and transported to the Magistrate’s Office where she was charged with the drug counts. Robinson’s bond was set at $6,000 secured, she is not currently listed as an inmate in Burke County. A District Court appearance is scheduled for February 15 in Morganton.

A single-vehicle traffic accident in Maiden has resulted in one fatality. The deceased is 75-year-old…