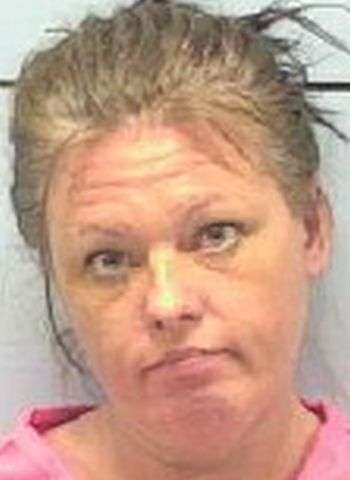 35-year-old Elizabeth Raye Anderson of Walker Road in Morganton was arrested last Wednesday (July 13) by Morganton Public Safety Officers. She’s charged with felony larceny of a motor vehicle and failure to appear on a felony.

Early last Wednesday morning a Morganton Public Safety Officer made contact with the suspect at an address on North Green Street. The officer learned that there were two warrants for Anderson’s arrest from other counties. The vehicle theft charge is from Guilford County and the failure to appear count was filed in Haywood County. The arrest report shows that the warrants were dated June 29 and June 30 of this year.

She was transported to the Burke County Jail where bond was set at $15,000 secured. Anderson is now listed as an inmate at the High Point Jail in Guilford County where the bond amount remained $15,000. The next court date is scheduled for September 2.