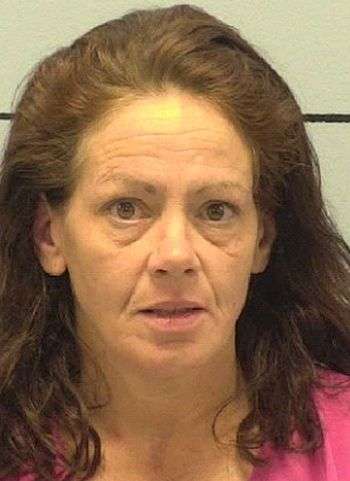 43-year-old Holly Renee Saulman of Hamp Street in Morganton has been arrested by Burke County Sheriff’s Officers on one felony count of possession of methamphetamine and one misdemeanor count of driving while license revoked.

On Tuesday (April 26), a Burke County Deputy conducted a traffic stop on a white Buick Regal driven by Holly Renee Saulman. The Deputy learned that Saulman’s driver’s license had been suspended. The Deputy also saw a small bag of what appeared to be meth in Saulman’s hand, and a search of the vehicle turned up drug paraphernalia.

Saulman was arrested and placed in the Burke County Jail under a $5,000 secured bond. A first appearance in District Court was scheduled today (April 28) in Morganton.