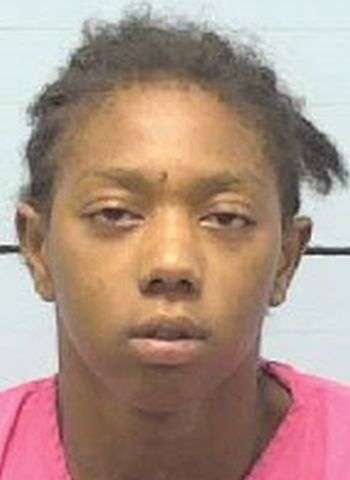 23-year-old Dontayzha Michelle Peterson of Morganton was arrested Saturday (September 11) by Officers with the Morganton Department of Public Safety on felony counts of breaking & entering, larceny, larceny after breaking & entering, possession of a controlled substance in jail or prison, and possession with intent to manufacture, sell, or deliver methamphetamine. She was also charged with misdemeanor counts of possession of drug paraphernalia and resisting, delaying, or obstructing a public officer.

She was arrested when Morganton Public Safety Officers responded to a call regarding shoplifting at the Walmart store on Morganton Heights Boulevard. Loss Prevention Officers said the suspect stole numerous shopping carts full of merchandise and loaded them into her vehicle in the parking lot. Officers found the woman as she loaded the merchandise into the vehicle. She was identified as Dontayzha Michelle Peterson.

Peterson was jailed under a $35,000 secured bond. A first appearance in District Court was scheduled today (September 13) in Morganton.