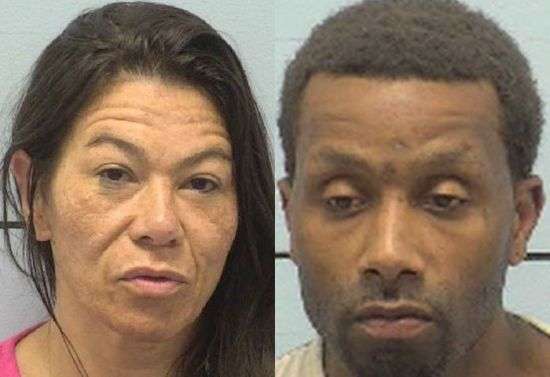 43-year-old Angela Marina Santana and 34-year-old Adrian Lamar Wiggins, both of Morganton, were arrested by Morganton Public Safety Officers. Santana is charged with felony counts of trafficking in methamphetamine and maintaining a dwelling for controlled substance along with a count of attempted trafficking in opiates. Wiggins is charged with felony possession of methamphetamine.

On Monday, May 23, 2022, shortly after 2:30 p.m., Morganton of Department of Public Safety Officers and Narcotics Investigators responded to an address on Rockyford Street to assist Burke County Probation and Parole. A search of the home reportedly resulted in the discovery of 19 grams of fentanyl, 58 grams of methamphetamine, and an undisclosed amount of cash.

Santana, who is a resident of the home searched, and Wiggins were both arrested at the scene. Santana was incarcerated in the Burke County Jail under a $175,000 secured bond. She remained in jail as of earlier today (June 1). Wiggins was jailed in the same facility under $3,000 secured bond, he is not listed as an inmate in Burke County. They’re both scheduled to appear in District Court June 13.

A man was killed in a weekend crash in Catawba County. On Saturday (April 30)…