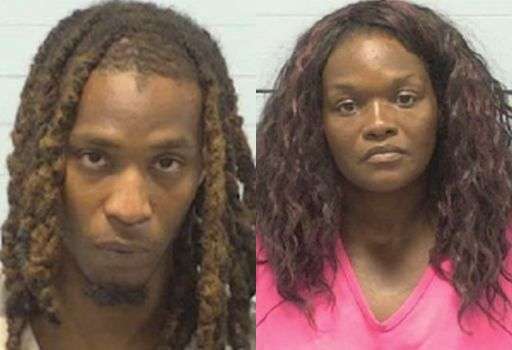 Last Friday (July 17), the Sheriff’s Office received a call for service at Three Way Supply on NC 26 in Morganton. The caller, a Coca-Cola Bottling Company employee, stated a money bag had been taken from the seat of his truck while he was inside the store restocking merchandise. Upon arrival, a deputy established Lipscomb as a suspect after viewing store video footage.

While the deputy continued his investigation, the suspect vehicle was observed passing by the store. The deputy found the vehicle at a residence on Hunter Street occupied by the suspects Lipscomb and Jackson. A search of the vehicle reportedly resulted in the discovery of felonious amounts of narcotics and an undetermined amount of US currency. The currency was connected to the theft at the Three Way Supply.

Lipscomb’s bond was set at $10,000 secured, Jackson received a $1,000 secured bond. They both have District Court dates August 10.