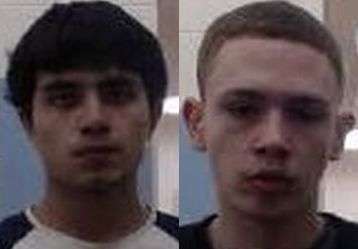 Two Burke County residents are among five people charged in connection to a home invasion that reportedly involved the beating of a man and the assault on a woman in the residence.

According to the McDowell County Sheriff’s Office, 19-year-old Brayan Jesus Gomez of Ross Street and 19-year-old Christian Dewayne Sigmon of Pea Ridge Road, both from Morganton were apprehended. In addition, 21-year-old Joseph Farrakhan Hardy of Baldwin Avenue, 19-year-old Ahmad Karreim Washington of Reds Hill Road and 19-year-old Flora Thalia Mejia of Seagle Street, all from Marion, were arrested in this case.

At 9 p.m. on Saturday, November 21, a Reds Hill Road resident reported that people broke into his home, restrained him, brandished a shotgun and brass knuckles, robbed him and assaulted him, leaving him with a broken nose. The men also assaulted a female resident of the house. It was determined, during the investigation, that multiple suspects involved were acquainted with the victims.