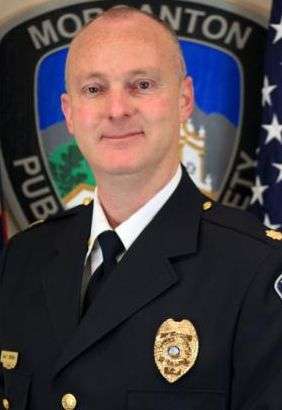 The Chief of the Morganton Department of Public Safety is retiring. Tony Lowdermilk will officially retire from Morganton Public Safety on March 1, 2022, after a 27 year career in law enforcement with the City. Lowdermilk has served as Chief since early 2020.

Lowdermilk holds his Firefighter Level I and II certifications, Advanced Law Enforcement certification, is certified in levels 100, 200, 300, 400, 700, and 800 of Incident Command, and is a graduate of the 67th session of the Administrative Officers Management Program through N.C. State University in 2014. He has completed hundreds of hours of in-service training, and served in numerous notable training and supervisory roles during his time with Morganton Public Safety.

Lowdermilk was born and raised in Morganton, and graduated from Freedom High School. He received his Associate’s Degree in Applied Science and Criminal Justice Technology from Western Piedmont Community College and earned his Bachelor’s Degree in Criminal Justice from Lees McRae College.

The City Manager’s office and Human Resources will begin the hiring process to replace Lowdermilk in the coming weeks, and are currently developing the procedures to be used to select the next Chief.

Construction Projects To Be Suspended For New Years Holiday