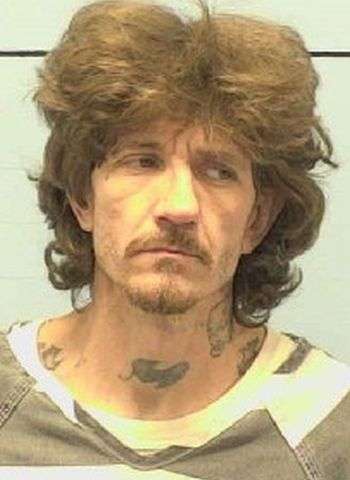 40-year-old Timothy Paul Bumgarner, who is listed as a homeless person from Morganton, was arrested December 20 by Morganton Public Safety Officers. He’s charged with two felony counts of probation violation. Bumgarner is also charged with three misdemeanor counts of resist, delay, or obstruct a public officer, along with single misdemeanor counts of probation violation, assault on a female, and second-degree trespass.

Bumgarner was arrested at 3:30 p.m. on December 20 after a Public Safety Officer responded to an address on Stonebridge Drive in Morganton to investigate a reported disturbance. The address is listed as Stonebridge Apartments. The site manager told the officer that a man and woman were staying with a renter and could be heard yelling and screaming. The site manager said she wanted to serve a ban letter to the couple as a result of them causing a disturbance and making threats.

Bumgarner is on probation as a result of convictions on November 12 and November 15, 2021 in Burke County for misdemeanor assault on a female and felony possession of schedule II controlled substance. The assualt occurred in September, 2021 and the drug offense was committed in August, 2017. Bumgarner received probation and a 24 month suspended sentence. According to the North Carolina Department of Public Safety, he has multiple convictions dating back to 1999.

Following the arrest on December 20, Bumgarner was incarcerated in the Burke County Jail under $34,500 secured bond. He remained in jail as of earlier today (December 28). He’s scheduled to appear in District Court January 19 and has a Superior Court date February 20.