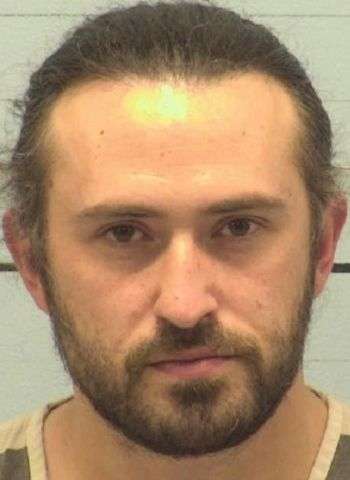 Sunday morning, an officer was patrolling the city parks and spotted a suspicious vehicle near the Greenway. The occupants were found to be trespassing after hours and the odor of Marijuana was coming from inside of the vehicle. The driver was identified as Robert Allen May.

May had been previously arrested ten days prior for possession with intent to sell and deliver cocaine and marijuana. When Public Safety Officers instructed May to step out of the vehicle, he refused to do so and attempted to roll up his window. May was taken into custody shortly afterwards when Officers were able to gain access to the inside of his vehicle.

A search of the vehicle resulted in the discovery of 15.5 grams of Cocaine and 35 grams of marijuana along with a scale and plastic baggies. A passenger was present in the vehicle and arrested on a misdemeanor charge. This person was also present during May’s first arrest on February 4.

May was transported to the Burke County Jail where jail staff reportedly found three baggies of cocaine concealed on his body. May was jailed under a $35,000 secured bond. A District Court appearance was scheduled today (February 15).

101 new cases of COVID-19 were confirmed Monday (January 25) in Catawba County, increasing the…