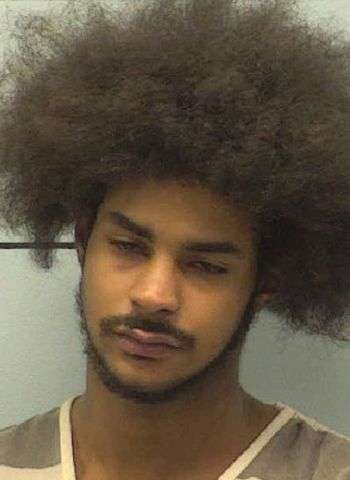 20-year-old Tyreese Trevaughn Berry of Carolina Street in Morganton was arrested Monday (October 3) by Morganton Public Safety Officers. He’s charged with felony counts of breaking and entering and larceny of a firearm. Berry is also charged with misdemeanor resist, delay, or obstruct a public officer.

Shortly before 7:30 a.m. Monday, an officer responded to an address on Amherst Road in Morganton in reference to a report of threats made against an individual. The individual who allegedly made the threats was taken into custody on a probation violation charge. Tyreese Berry was also at the scene and was taken into custody on the felony warrants, which are dated August 6, 2022. Berry allegedly resisted the officers during the arrest.

The firearm allegedly stolen by Berry is an AR-15 with a listed value of $1,000. The suspect was placed in the Burke County Jail where his bond was listed at $10,500 secured as of earlier today (October 4). Berry is scheduled to appear in District Court in Morganton Thursday (October 6).