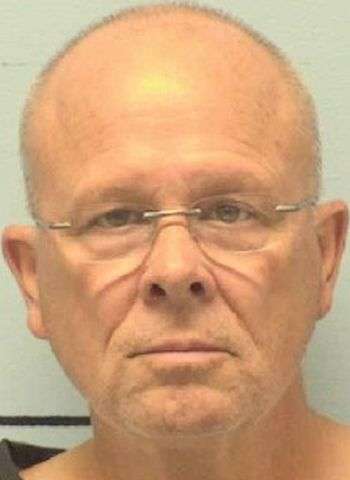 A Burke County man was convicted of second-degree murder by a Burke County jury last Friday (October 28) at the conclusion of a week-long trial. The jury found 65-year-old George Lee Allison of Morganton guilty in the shooting death of Brandon Adams. The Honorable Jacqueline D. Grant, Superior Court Judge from Buncombe County, sentenced Allison to 12 to 15 years in prison.

The trial began last Monday, October 24, with jury selection followed by evidence presentation from the State and defense during the week before the case went to the jury on Friday, October 28. The 12-member panel deliberated for a little more than two hours before returning the guilty verdict for second-degree murder.

Allison shot Adams in the chest with a 12-gauge shotgun on December 13, 2020, at the defendant’s mobile home. He and Adams had been friends for more than 18 years. The victim’s girlfriend, who witnessed the shooting, was sitting on the couch at the defendant’s residence on the night of the shooting when Adams came to the front door and told her it was time to leave. He did not enter the home.

According to Adams’ girlfriend, Allison retrieved the shotgun from a bedroom, stood a few feet from the victim and pointed the gun at him. As he stood inside the living room near the open front door, Allison counted down to zero three times then fired a single shot that struck Adams in the chest.

Initially, Allison said he did not mean to shoot Adams and thought the gun’s safety mechanism was on. However, he testified during trial that he did what he had to do. Adams’ girlfriend testified that the victim was not aggressive toward anyone while at Allison’s home and never entered the residence.

The case was investigated by Daniel Strauss of the Burke County Sheriff’s Office. Assistant District Attorneys Mitch Walker and Jason Smith handled prosecution for the State.