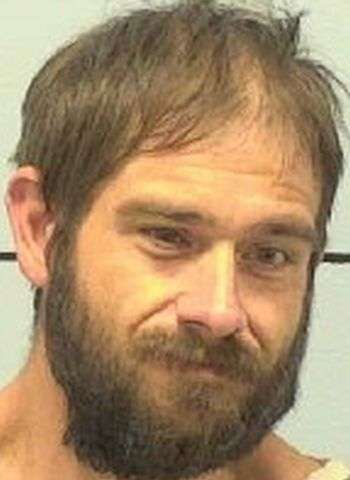 Shortly before 3 p.m. Tuesday, a Public Safety Officer responded to an address on Stonebridge Drive in Morganton in reference to a trespassing complaint. The officer came into contact with David Allen Dawson, Jr. It was learned that there were two active warrants for Dawson.

Dawson is charged in connection to the theft of copper from an industrial site. The theft occurred between October 21 and October 24, 2022 at a site on Burke Drive in Morganton. The total listed value of the copper stolen is $450.

Dawson is on probation as a result of a conviction in Burke County in March, 2022, for felony possession of schedule II controlled substance. The offense date was July 31, 2020. Dawson received probation and a 48 month suspended sentence as a result of the conviction.

Following Tuesday’s arrest, Dawson was confined in the Burke County Jail under $25,000 secured bond. He remained in jail as of earlier today (November 18). A District Court date is set for December 1, a Superior Court appearance is scheduled for February 20.