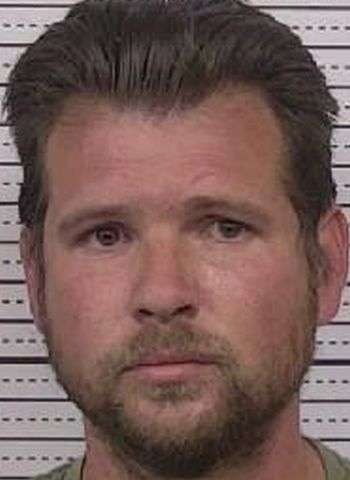 On Sunday (March 28) at 11:53 a.m. Deputies responded to an animal cruelty complaint at Betsey’s Ole Country Store, Highway 90 in Collettsville. Once at the scene deputies spoke with a woman who told them that a grey van pulled up to the stop sign at the intersection of Brown Mountain Beach Road at Highway 90 and an occupant of the van exited the vehicle and shot her dog. The occupant then returned to the van and left the area heading toward Avery County on Highway 90.

Deputies searched the area and were not able to find the van. The dog was found dead on the porch area at the store as a result of multiple gunshot wounds. Investigators responded to the scene and processed the scene. Video surveillance stills from the surveillance at the store was released on social media to assist with identification of the vehicle and occupants.

On Monday (March 29), Investigators with the Caldwell County Sheriff’s Office were contacted by one of the occupants of the van who identified Joshua Wayne Hawley as the person who shot the dog. Investigators later questioned Hawley and he admitted to the shooting. Hawley claimed he shot the dog because it attacked him. Hawley also admitted to leaving the scene after shooting the dog without speaking to anyone or contacting authorities.

Hawley was taken in to custody at the Caldwell County Sheriff’s Office Tuesday. His bond was set at $10,000 secured. He was released from custody after posting bond. Hawley’s first appearance in District Court was scheduled today (March 31).

There were no COVID-19-related deaths reported Wednesday (February 17) in Catawba County, leaving the total…