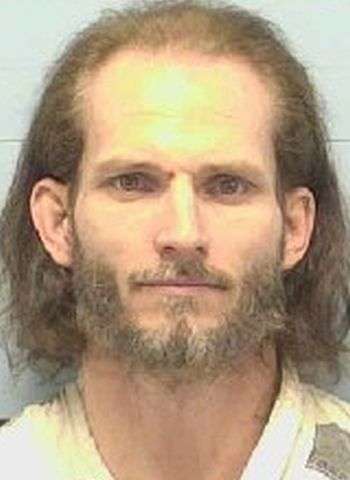 37-year-old Ryan William Shambre of Putnam Street in Morganton was arrested Tuesday (May 11) by Burke County Sheriff’s Officers. WHKY previously reported on his arrest, more details have been released by authorities. Shambre is charged with felony first-degree arson along with two misdemeanor counts of assault on a government official and one count of misdemeanor resisting a public officer.

On Tuesday the Burke County Sheriff’s Office received a call regarding a structure fire at 2306 Putnam Street in Morganton. The caller reported that a man set a mobile home on fire with a woman inside. There were no injuries as a result of the fire. While Chesterfield Fire and Rescue were putting the fire out, the Fire Marshal and Burke Sheriff’s detectives began an arson investigation.

Officers learned that the suspect, Ryan William Shambre, fled the scene on foot through the woods. During the investigation, a deputy responded to a sighting of Shambre on Highway 18/64 and found him near Antioch Road in Morganton. Shambre spotted the deputy and ran. After a foot chase and after the suspect allegedly resisted arrest attempts made by a deputy and an off-duty SHP trooper, Shambre was taken into custody.

He was transported to the magistrate’s office and charged with the previously mentioned offenses. Shambre is also charged with two counts of failure to appear filed in Iredell County. He was booked into the Burke County Jail and placed under a total bond of $92,000 secured. He was scheduled to appear in Burke County District Court today (May 13). An Iredell County District Court date is scheduled for June 8.

Alexander County Schools To Remain In Plan B