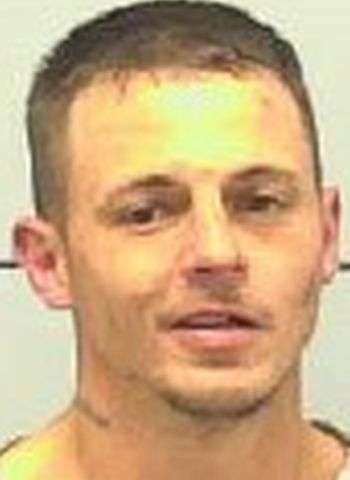 36-year-old John Harry Mueller, who is listed as a homeless person from Morganton, was arrested Sunday (October 23) by Morganton Public Safety Officers. He’s charged with felony counts of possession of stolen goods and possession of a controlled substance in prison or jail. Mueller is also charged with misdemeanor larceny by trick.

Shortly after 7 p.m. Sunday a Public Safety Officer responded to Walmart on Morganton Heights Boulevard in reference to a larceny. The suspect in the incident left the scene in a white van, which was found on West Fleming Drive a short time later. The officer spoke with the suspect, Mueller, after finding the vehicle.

Mueller was arrested and placed in the Burke County Jail under $5,500 secured bond. His next District Court date is set for November 17 in Morganton.