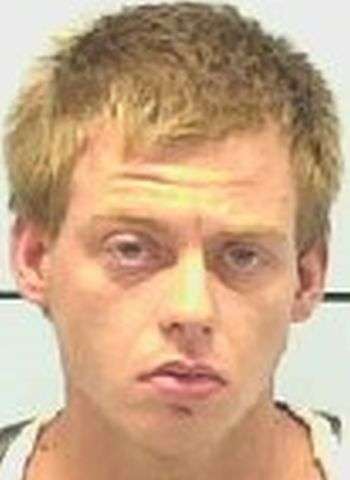 Two Burke County deputies were working on the recovery of a stolen U-Haul truck from 5334 Hayes Waters Road on Thursday when one of the officers saw a 1992 Yamaha XJ600 with two people on it traveling on Hayes Waters Road without a license plate. Just before 11 a.m., using his blue lights and siren, the deputy caught up with the motorcycle at the intersection of Hayes Waters Road and Conley Road. The driver fled the scene.

Traveling on Conley, Foreman Street, Jeter Carswell and Denton’s Chapel Roads reaching speeds of 80 mph, the motorcycle rider lost control and wrecked just after 11 a.m. The driver, identified as Mikall Lee Piercy, fled on foot through a grass field approximately 100 yards. A deputy caught up with Piercy who laid down and surrendered.

Burke EMS was dispatched to the scene and transported both Piercy and the passenger, A Wilkesboro woman, to UNC Health Care. Both were treated and released. The motorcycle was seized pursuant to the “Run-and-Done” statute. The North Carolina State Highway Patrol investigated the wreck scene. Piercy was placed in jail in Morganton under $10,000 secured bond. A District Court date was scheduled today (September 2). The woman was charged with a misdemeanor count and was not listed as an inmate.